Liverpool are expecting to receive another offer from Benfica for Harry Wilson, but two clubs could look to keep him in English football, according to multiple reports.

Wilson has been with Liverpool since under-9 level, but has only made two senior appearances. The 24-year-old has spent five different loan spells away from Anfield, most recently in the Championship with Cardiff City last season. Now, even though there are two years left on his contract, he needs to find a permanent home.

Wilson made 37 appearances in the second-tier for Cardiff last season and provided seven goals and 12 assists. He earned a place in Wales’ squad for Euro 2020 as a result and has made two substitute appearances at the tournament so far.

Once Wales’ involvement ends, he will have to sort out his future at club level. There is no room for him back at Liverpool, who will be looking to cash in this summer.

In fact, they are already receiving offers. According to various sources, including The Athletic, Goal and BBC Sport, Benfica have made a formal approach for Wilson.

However, there is a distance between their offer and what Liverpool want to receive. A bid of around €15m (around £13m) should do the trick.

The Reds rejected an offer of £11m from Burnley last summer, and because Wilson had a productive season, they want to receive more than that.

But even though Benfica haven’t met the asking price yet, Liverpool are expecting them to come back in.

However, the Portuguese outfit are not the only contenders for his signature. All three sources add that Brentford and West Bromwich Albion are considering bids for him.

Brentford are looking to strengthen their squad after winning the Championship play-off final to earn promotion. West Brom, meanwhile, are aiming to get back up to the Premier League at the first attempt under new boss Valerien Ismael.

The Athletic also speculate that the future of Steve Cooper could have an impact on Wilson’s future. The current Swansea boss is a big admirer of his compatriot, whom he worked with at the Liverpool academy.

Cooper has been linked with a number of managerial vacancies and wherever he ends up could lead to interest from a new club in Wilson.

Wilson hints future is away from Liverpool 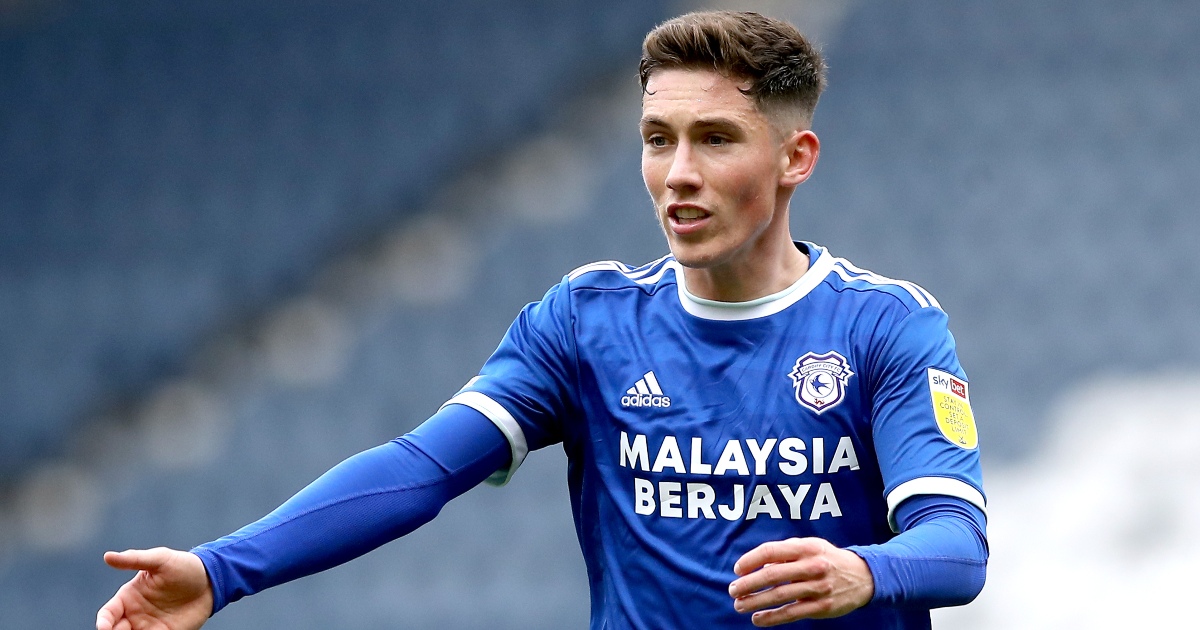 Speaking earlier this month, Wilson admitted he may need to leave Liverpool on a permanent basis.

“Going into the season, I had the Euros in my head,” he told Wales Online. “I knew that was coming at the end of the season.

“I knew I had to be somewhere where I was going to play regular football, make sure I had the minutes that I wanted. Being at Liverpool I wasn’t going to get that.

“When the chance to go on loan came around, I knew I had to take it. To play for Cardiff, a Welsh team, was a great honour for me.

“This season, there were a lot of ups and downs. I think we started fairly well. We had a bit of a sticky spell in the middle, a change of manager, but then the last 12 or 13 games I feel I did well. I played regularly and scored a few towards the end.

“I was happy with the way the season finished and the minutes I got throughout.”

A decision on his future, though, will have to wait a little longer.

“When you come away with Wales, I only ever focus on the next game because I feel if you are to think about anything else you’d be silly, you can get distracted so my focus here is fully on Wales and making sure we get as far in this competition as we can.

“Once the competition has finished that’s when I’ll think about what’s happening at club level.”