Liverpool will reportedly ask clubs showing interest in defender Nat Phillips to pay £15million for his transfer, according to a report.

The 24-year-old has put himself firmly in the shop window for a new club after his stellar performances last season. Amid a host of defensive injuries for the Reds, the Englishman stepped up to lead Jurgen Klopp’s line. Indeed, he often played alongside youngster Nathaniel Phillips, such was the lack of options.

However, he could ask to leave, with Virgil van Dijk, Joel Matip and Joe Gomez all returning to fitness.

According to the Daily Mail, manager Klopp wants to keep Phillips around next season.

Should he ask to leave, though, the Reds will demand £15million. That fee has increased from previous reports, which claimed the Anfield club wanted £10million for the player’s transfer.

Liverpool are aware that Phillips has raised his profile significantly with his unexpected rise. His exit will be key if his club are to raise transfer funds for more new signings.

As such, they are not surprised that Burnley have come forward to register interest.

The Clarets could finally lose England international James Tarkowski, who reportedly wants to push through a long-linked move to West Ham.

Phillips was on Liverpool’s free-to-go list last summer and almost left, with Swansea close to signing him.

However, as Van Dijk and Matip fell in October, he made his Premier League debut in a 2-1 win over West Ham.

Soon after, he became a regular as Gomez and Matip suffered back-to-back long-term injuries to add to Van Dijk’s absence. 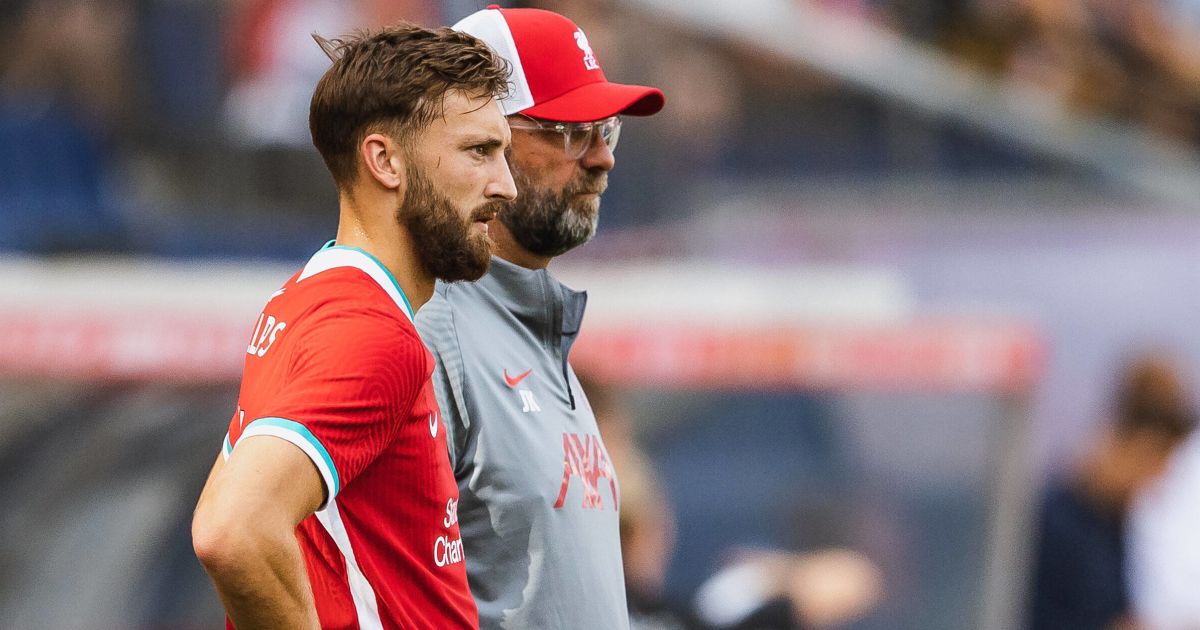 Speaking in May, Klopp lauded Phillips and 20-year-old Williams for stepping up so effectively for Liverpool.

“These two boys, playing like that, it is incredible, absolutely incredible,” the manager said. “That was a proper crash course in a Premier League education, and they have learned so much.

“It’s a sign for all our kids at Liverpool in the academy. It’s possible – it shows it’s possible… just work hard.

“These boys they are obviously not skilled like crazy, they had to work incredibly hard. And now they are proper, proper Premier League players. And that’s exactly how it can work. I am really happy for them.”