Forget about the goals, trophies and numerous broken records, we’re here to talk about Wayne Rooney’s brief spell as a TV host.

Football stars and TV work have gone hand in hand over the years. You can’t change the channel nowadays without seeing a former player staring back at you.

The likes of Gary Neville, Jamie Carragher and Roy Keane have all carved out careers as brilliant TV pundits, providing insight and entertainment in equal measure. If we named every former footballer working in punditry, we’d be here all day.

Former Liverpool striker Peter Crouch currently hosts his own Euro 2020 show on BBC1 and Dion Dublin has pursued his passion for property with Homes Under the Hammer. Others have enjoyed dalliances with the world of reality TV. Who could forget David James doing the foxtrot on Strictly Come Dancing or Lee Sharpe’s appearance on the original Love Island?

While most players wait until after they’ve hung up their boots before starting TV work, Rooney made the move at a very early age.

Back in 2008, Rooney was still approaching the peak of his footballing powers. He had just helped Manchester United win the Premier League and the Champions League, registering 32 direct goal contributions in 43 appearances.

Around the same time, Coca-Cola needed a new gimmick to promote their Coke Zero product. They agreed to work with Sky, proposing a new reality TV show to try to find Britain’s most skilful young footballer. 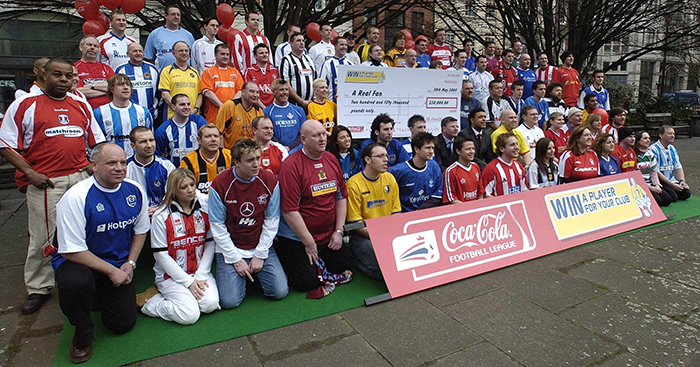 After Cristiano Ronaldo no doubt refused to answer their calls, they picked his United team-mate to be the poster boy for the show. Rooney may have been completely untrained as a TV personality, but he was the perfect man for the role.

One of the last great street footballers, a young Rooney honed his skills on a Tarmac five-a-side pitch​ at the back of his mum’s house in Liverpool. His angelic feet, bullish physique and burning passion for football then propelled him from the backstreets of Croxteth to national stardom.

The striker burst onto the scene as an untamed and explosive prodigy, a player who thrived on instinct and could beat his opponents with trickery and exuberance.

“I love to see kids doing what I was doing when I was their age and it’s exciting to think that some of those guys will go on and make a career in the game,” Rooney later told the Daily Mail in 2013.

“Everything I learned came from those small matches. The tactical side of things comes later but 95% of my game is from those days playing as a kid.”

Having watched England miss out on a place at Euro 2008, the nation was understandably eager to see Rooney return to his roots and unearth a fellow street footballer. At club level, United’s scouts had recently persuaded Sir Alex Ferguson to sign Manucho from Petro Atletico. Maybe they could learn a thing or two from Wazza?

Thousands of young players took part in trials, but only 24 got through to the show to perform in front of Rooney, who worked alongside former lower-league journeyman Andy Ansah.

Wearing bootcut jeans and Total 90s, Rooney tried to do his best Simon Cowell impression and awkwardly judged the young players as they competed against each other in a series of street challenges.

#tbt to Wayne Rooney’s Street Striker. Some good times filming with @MrAndyAnsah. Going to get them jeans back out 🤨👖 pic.twitter.com/qn0iLr9mGl

Ansah, meanwhile, went on to create the phrase ‘unbelievable tekkers’ that became a constant in school playgrounds across the country.

From chipping footballs into a narrowboat to controlling balls thrown from multi-storey flats, the drills on street striker were certainly unique. The challenges were designed to test a player’s technique, speed, agility and accuracy, but the majority crumbled under the pressure as Rooney watched on from the sidelines.

Despite the cringey production and awkward dialogue between the hosts, it became a guilty pleasure for many young football fans (this one included).

The highlight of the programme was undoubtedly when Rooney stepped up and decided to show the contestants how it was done. While even Rooney found some of the tasks challenging, he still proved his undeniable class by displaying the brilliant skills that made him a household name.

Can you imagine Daniel Levy allowing Harry Kane to dribble around some moving tyres in the days before a north London derby? 2008 was a very different time.

Travis Beckford, younger brother of former Leeds United striker Jermaine, was crowned the winner of series one after dribbling past several defenders in a multi-storey car park in a dramatic finale.

He was rewarded with a gold bottle of Coca-Cola – yes, really – and a trip to a football training camp in Brazil. Despite later having a trial at Leeds, he saw his football career cut short by injury and instead pursued a career on the radio.

The show was still a huge hit and tens of thousands of footballers wanted to be crowned the nation’s most skilful street footballer when series two was announced.

It was also ahead of its time in terms of women’s football. Almost a third of the final 24 contestants in the second series were female and they got to showcase their skills in front of a huge audience.

“It’s great that so many girls have made it on,” Rooney said during filming. “It shows just how strong women’s and girls football is at the moment. It’s great to see so many female players with such strong street football talent. I hope the bigger contingent of girls on the show inspires more to get out there and play football.”

Who remembers Wayne Rooney’s street striker series? What an unbelievable show it was. I miss this. pic.twitter.com/HWe8ueONRR

Ashleigh Goddard then destroyed any stereotypes, beating her male counterparts in the final and winning tickets to the 2010 World Cup final in South Africa. She was offered a full soccer scholarship in the USA after her on-screen success and now plays at a semi-professional level with Crystal Palace Ladies.

With 600,000 viewers per episode, the show unsurprisingly returned for a third series and Rooney immediately had to act like Alex Ferguson, ruthlessly whittling the group down from 100 to 24 people in the first episode.

The prize for the winner of the third series, Jack Erritt, was a trip to Wales and the chance to do keepy-uppies on the pitch at half-time during a Swansea City match​. Clearly, the budget had been cut by this stage.

He failed to become a professional and soon disappeared into obscurity. Looking back, it seems that getting people to kick a football into a skip isn’t actually the best way to identify world-class talents. Who would have thought it?

After Coca-Cola dropped Rooney as a sponsor in the wake of his foul-mouthed tirade at a TV camera in April 2011, the show was axed a few weeks later.

While the striker may not have unearthed the next Rooney, he did help create a strangely beguiling TV show and that’s all that really matters.

Can you name the two England XIs from Wayne Rooney’s debut in 2003?

‘What an a**hole!’ – Three GKs on trying to stop peak Wayne Rooney