Manchester United are ready to hi-jack the signing of Kamaldeen Sulemana from under the noses of Ajax, according to reports.

Sulemana was thought to be heading for Ajax after confirming the Amsterdam giants had made a bid for him last month. The Ghana left winger scored four goals and grabbed six assists for Nordsjaelland in Superligaen last season.

Interest in the 19-year-old was high and Manchester United hold an interest in the player. In fact Football Insider confirmed that football director John Murtough had been in talks with the talented winger.

All though appeared to be lost when Sulemana confirmed that Eredivisie champions Ajax had put in a formal offer.

“I know there is a bid from Ajax. And that’s what I can say,” the player told B.T.

“Unfortunately, I can not answer further questions, because I can not go into deeper details. But there has been a bid.”

The deal appeared to be progressing along as Ajax planned, with Soccer News NL suggesting a transfer had been secured.

Sulemana even flew to Holland this week to rubber-stamp the deal and a medical was pencilled in. 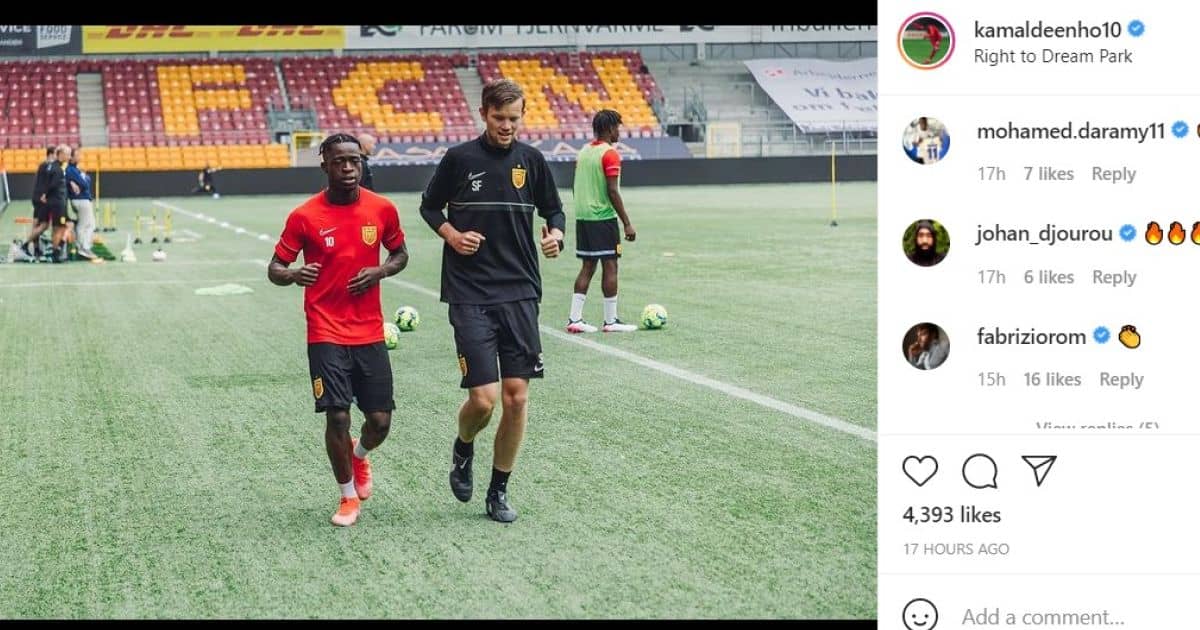 However, things have ground to a halt and the deal has mysteriously been halted. And an Instagram post from the player suggests he is back in Denmark.

He posted an image of himself training in Nordsjaelland’s stadium.

And journalist Mike Verweij, speaking on De Telegraaf podcast, believes another club, mainly Manchester United are attempting to gazump the Dutch side.

“It’s a complicated story. Ajax are out with Nordsjaelland, but Manchester United seem to be too,” Verweij said, via Soccer News.

“That boy is in Amsterdam in the Jaz Hotel next to the ArenA, pending an agreement between Ajax and his agent about a personal contract.

“After that he can be examined (medical), but that exam from what I’ve heard was postponed to Saturday.”

A similar situation occurred in August 2017 with Richarlison. The Brazilian was said to be heading for Ajax before Watford intervened and the forward, now at Everton, ending up in the Premier League with the Hornets.

“That could be time wasting. I’m afraid that Ajax must fear a Richarlison,” added Verwwij.

“It will probably be much more interesting for that agent to go to Manchester United with Sulemana. The commissions in England are even higher than at Ajax, but I don’t know whether that is also in the player’s interest.”