Nuno Espirito Santo is set to request the signing of Wolves captain Conor Coady if he takes over at Tottenham Hotspur, according to a report.

Tottenham are still searching for a permanent successor to Jose Mourinho, whom they sacked in April. A number of candidates have come and gone in that time, with the likes of Antonio Conte, Julen Lopetegui and Paulo Fonseca slipping from their grasp. Now, they are back to the drawing board.

Their most recent pursuit that failed was Gennaro Gattuso, before they changed their mind on the ex-Napoli boss. They have had to revert their focus to Nuno, a candidate they previously ruled out, as a result.

Nuno left Wolves at the end of the season following a positive but draining four-year spell. He was a high-profile appointment for them at the time and lifted them out of the Championship, even guiding them to European football. However, after a difficult final season at the helm, Nuno is now ready for a new challenge.

That could well be at Tottenham. Recent reports have indicated that managing director Fabio Paratici has struck an agreement with Nuno over a salary. After playing under Mourinho for Porto during his goalkeeping career, Nuno could now replace his old boss in the Spurs dugout.

The honeymoon period for whoever takes charge will not last long. After finishing seventh in 2020-21, Tottenham need to rebuild. Thus, the attention will soon turn to the transfer market.

Their primary piece of business will be to keep hold of Harry Kane, who seems like he wants to leave. But they need to focus on making signings of their own – especially at the opposite end of the pitch.

Defence is the key area Tottenham need to improve ahead of the new season. To put things into perspective, they only conceded one fewer goal than 16th-placed Brighton in last season’s Premier League.

Toby Alderweireld and Davinson Sanchez have subsequently been linked with exits. Meanwhile, Eric Dier and Joe Rodon still have some convincing to do.

Thus, the signing of a new centre-back will be a priority for the club. Now, Football Insider claim they could look at Coady if Nuno takes over. 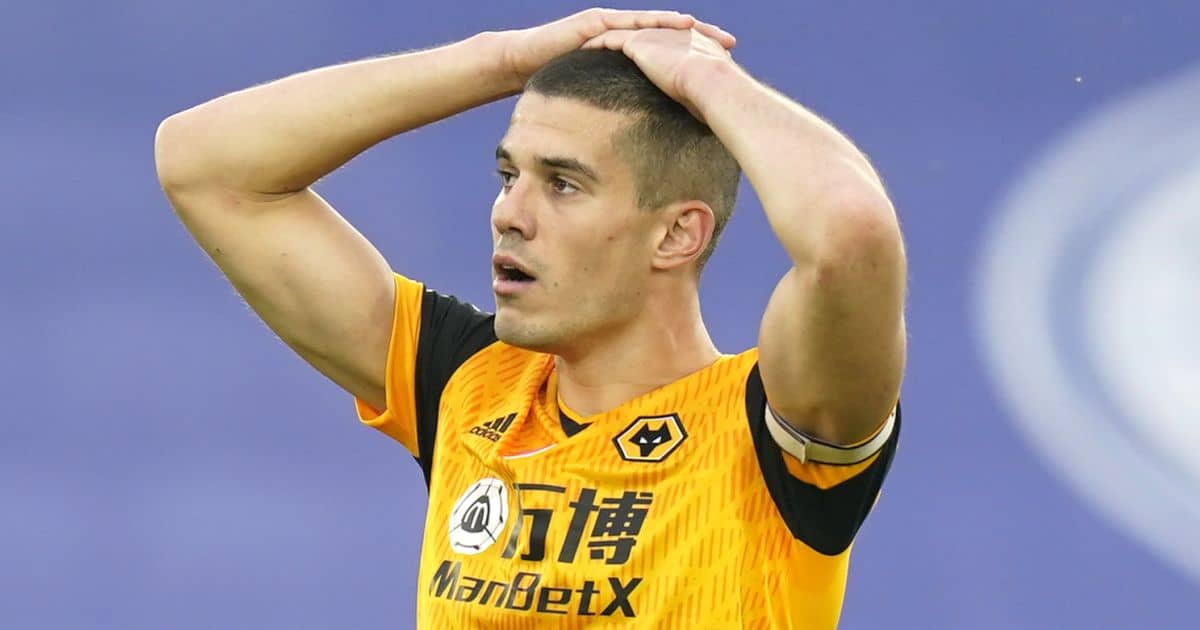 Liverpool academy product Coady has established himself as one of Wolves’ most important men since they returned to the Premier League. A number of big-money, high-profile signings have come in, but the £2m signing from 2015 remains their rock at the back.

A member of the England squad for Euro 2020, Coady has the experience that could be required at Tottenham. He also obviously has an intricate understanding of the system Nuno might seek to use.

His former manager sees him as a leader and could therefore try to take him to Tottenham. Indeed, he also mentioned him to Everton when in talks with them – as has the current favourite for that job, Rafael Benitez.

Coady to leave in Wolves shakeup?

After replacing Nuno with Bruno Lage, Wolves have seen several of their top players linked with an exit.

Goalkeeper Rui Patricio is close to joining Roma and midfielder Ruben Neves and winger Adama Traore are both reportedly up for sale.

Midfielder Joao Moutinho has also been linked with a return to his native Portugal.

Losing captain Coady would be another blow for the Midlands outfit, especially when he has missed just one game in the last three seasons since their promotion.

But the lure of working with Nuno again may tempt him towards Tottenham. At present, though, all will have to wait until the manager’s appointment becomes official. As Spurs have learned in recent weeks, nothing is certain yet.