Sevilla have told Manchester United there is “no way” they would accept a bid they informally proposed for Jules Kounde, one journalist says.

United face a crucial summer transfer window as they look to take the final step towards silverware. They made progress last season, reaching the Europa League final while finishing second in the Premier League. However, further key additions could finally tip the scales in their favour.

Reports have claimed that midfield and centre-back have now become the transfer priority for football director John Murtough and his team.

As for the latter position, Kounde reportedly features on a shortlist of targets including Real Madrid’s Raphael Varane. The aim is to find captain Harry Maguire a new long-term defensive partner.

Speaking to the Transfer Window podcast, journalist Duncan Castles revealed United made a proposal in informal talks with Sevilla about the France international.

“Yeah Kounde has been on that list of centre-backs that they want to add to solve the Harry Maguire problem for some time now,” Castles said.

“I can tell you they have contacted Sevilla, and held informal talks with them, over the purchase of Kounde this summer.

“And they proposed they would offer €45million (£38million) as a transfer fee for the player.

“Sevilla aren’t happy with that. Monchi, their sporting director, told United there was no way he’d sell the player for €45m.”

However, the 22-year-old is new to the senior international scene. As a result, his appearance in the 2-2 draw with Portugal came as his first cap. 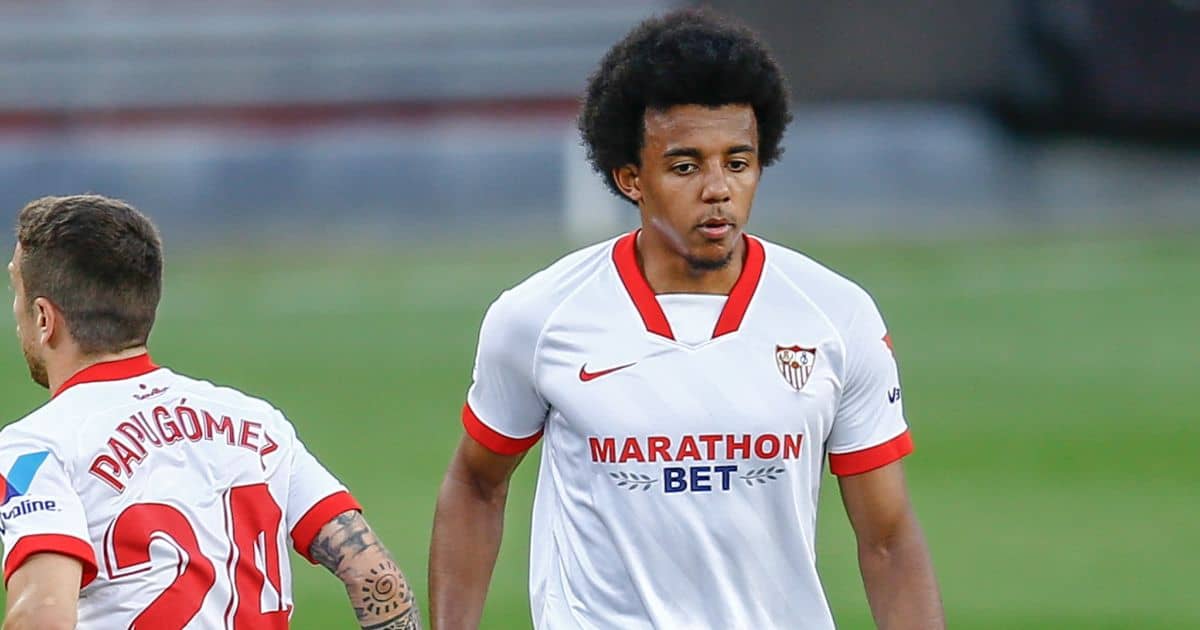 Speaking earlier this year, Kounde admitted that he could leave Sevilla this summer.

He supposedly has an €80million (£69million) release clause in his contract, which expires in 2024.

Kounde said: “Regarding my future, it is certain that I will perhaps have to change clubs this summer.

“But nothing has been finalised yet, I have not decided anything.

“My goal is to play in a big club to try to always progress and to win trophies. I might have to move, but that’s not relevant today.”