El Clasico is arguably the biggest fixture in club football. The whole world stops to watch as Barcelona and Real Madrid’s teams of superstars face each other, and scoring in one can make a player immortal.

When both teams possess so much quality, there are often spectacular goals and heated fights during the meetings between the two. However, a player scoring a hat-trick in El Clasico is practically unheard of.

The likes of Andres Iniesta and Ronaldinho have received standing ovations from the opposition crowds after dazzling displays at the home of their rivals, but neither ever managed to score three against the enemy.

Even Cristiano Ronaldo, the joint-second top scorer in El Clasico history, and the player with the most hat-tricks in history, never managed to score one against Barcelona.

Just five players have managed this feat since the 1980s, and no European player has scored one since 1987.

We’ve listed the last five to do it, and how they immortalised themselves with a treble on the biggest stage.

Before his days of awful puns on Match Of The Day, Gary Lineker was actually a handy player for Barcelona and remains the only Englishman to score a hat-trick in El Clasico.

In January 1987 a highly anticipated La Liga clash between the two giants of Spanish football took place at the Camp Nou, and Lineker scored twice in the first five minutes.

He added his third at the start of the second half, before Jorge Valdano and Hugo Sanchez replied for Real Madrid, but could not complete a comeback and the game ended 3-2.

Speaking to La Liga TV, Lineker recalled how his first appearance in the fixture could not have gone any better.

“The first time I played in a Clasico at Camp Nou was in early 1987, and I didn’t really know what to expect, from the atmosphere. But it was incredible. I’ve never known anything like it,” the 61-year-old stated.

“I scored two goals in the first five minutes, and the noise… the crescendo in Camp Nou was just something that I’ll never, ever forget. I had goosebumps all over my body when I scored the second goal because the place was going crazy.”

“Just after half-time [Andoni] Zubizarreta hit a long ball, their defender [Chendo] made a mistake, and I had a one-on-one… I think [Paco] Buyo was in goal.”

“I saw him coming out, and I just did a little dink over the top of him and is was going in I thought ‘It’s going in… I’ve scored a hat-trick in a Clasico… in my first proper home Clasico…’ and I just couldn’t believe what was happening.”

The Brazilian legend only spent two seasons at Barcelona but made his mark in style, with 39 goals in 65 games, including a stunning hat-trick against Real Madrid in the 1993-94 season.

Real Madrid went to the Camp Nou in January 1994 and left with their tail between their legs as they were humiliated 5-0.

Romario was the star of the show, opening the scoring with an outside boot finish after a through ball from Pep Guardiola, before adding his second and third in the second half after Ronald Koeman’s powerful free-kick.

A performance like that is worth the ticket price alone. 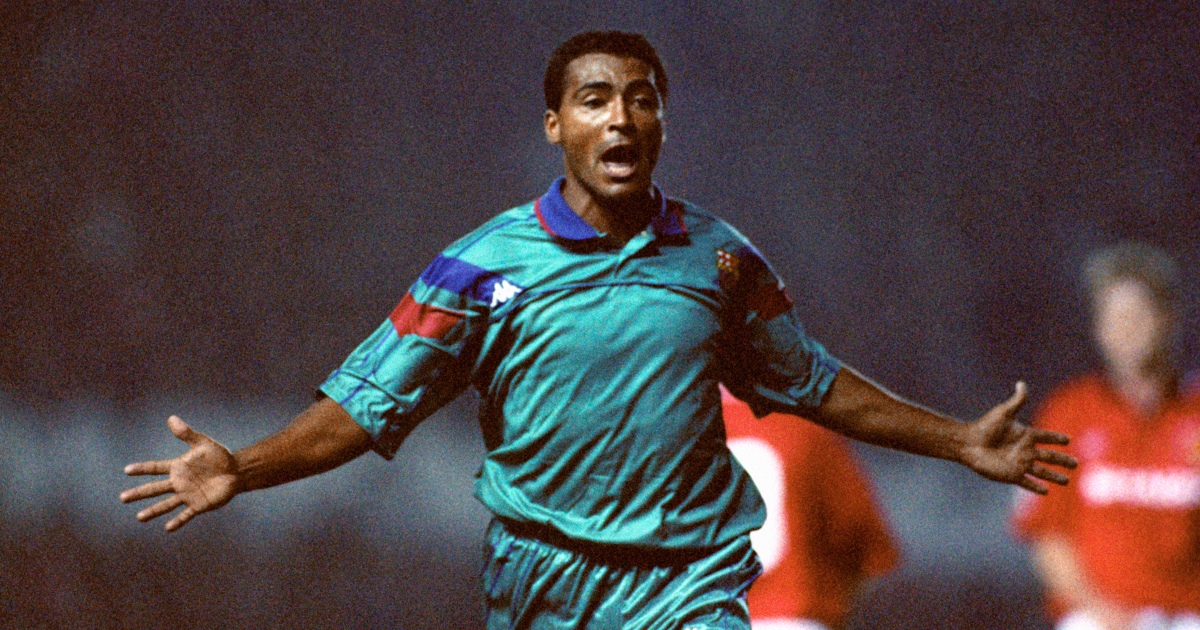 READ: A celebration of Romario at Barca: Football, flights and f*cking

A year after Romario’s antics at the Nou Camp, Ivan Zamorano got his and Real Madrid’s revenge as he netted a first-half hattrick of his own in January 1995 as Real Madrid 5-0 at the Santiago Bernabeu. 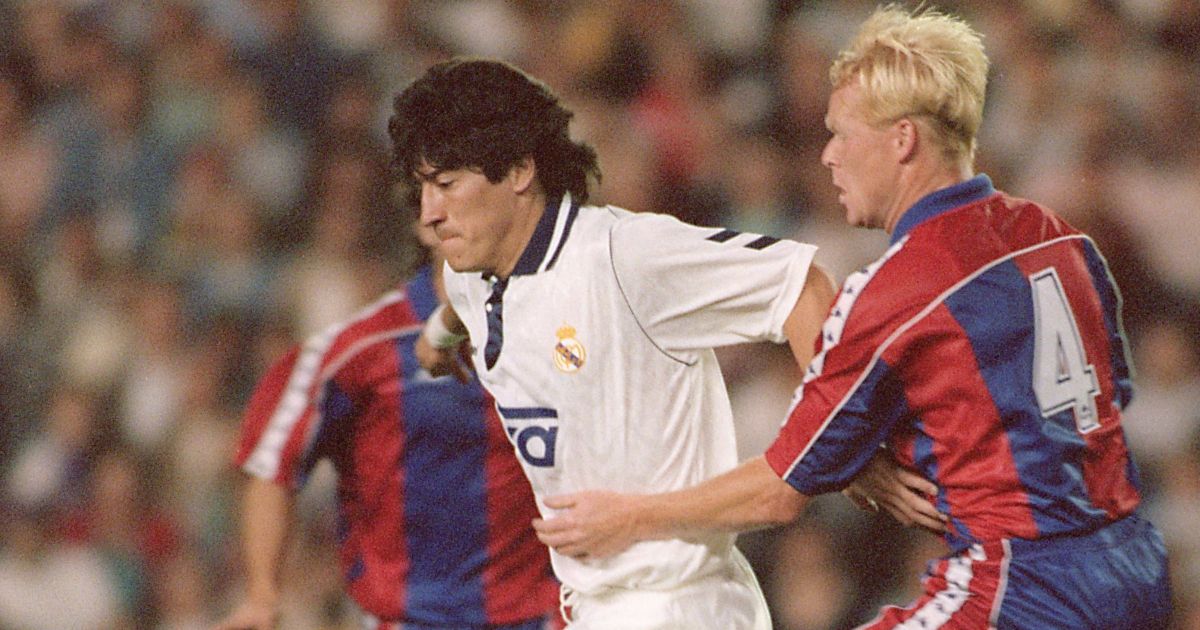 There was no way Lionel Messi wouldn’t appear on this list, and he’s the only one to do it twice.

His first came in March 2007, when he was still a teenager, as he outshone Samuel Eto’o and Ronaldinho in a 3-3 draw at the Camp Nou.

He repeated the feat again in March 2014, but this time at the Bernabeu, and this time in a 4-3 win.

Messi’s hattrick added to Andres Iniesta’s early strike to cancel out goals from Karim Benzema and Cristiano Ronaldo, with his second penalty of the game coming in the 87th minute to win the thrilling encounter.

Real Madrid must hate him… 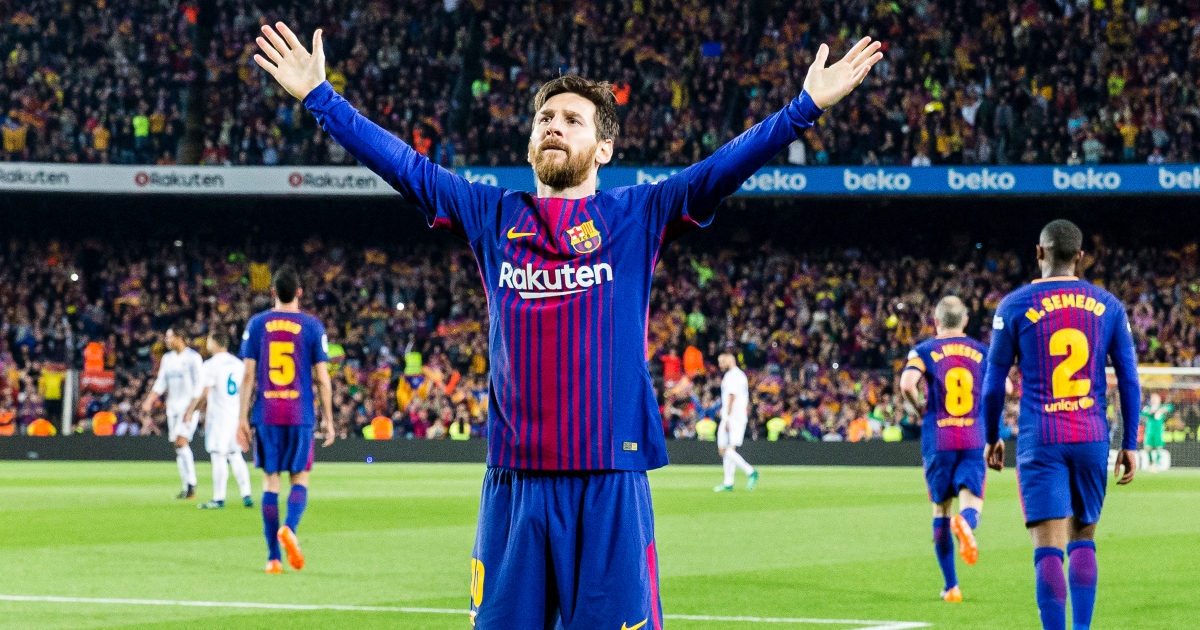 A penalty, an outrageous header and a filthy chip secured a stunning result, whilst an injured Lionel Messi watched from the sidelines.

“Luis Suárez? Hard work brings rewards. The hat-trick is a consequence of everything he has been doing. He is always there,” manager Ernesto Valverde beamed after the game.

Prime Suarez was so good, not even Real Madrid could stop him.

Ranking every player to wear No.9 for Real Madrid since 1992

Can you name every player to score in El Clasico in the 2010s?