Arsenal, Tottenham, West Ham United and Manchester United are locked in a fascinating battle for the Champions League – and it looks set to go down to the wire.

With it looking increasingly unlikely for any team to break into the current top three in the Premier League table, the race is on to clinch the division’s coveted final Champions League spot.

To have four sides all vying for the same prize at this stage of a season is unprecedented, but Mikel Arteta’s Arsenal are currently in pole position to secure qualification for Europe’s elite competition next term.

The Gunners have a three-point cushion in fourth with a game-in-hand on the chasing pack – they’ve also played two less than West Ham.

Both United and Tottenham arguably have deeper squad depth than Arsenal. When you also consider the Red Devils were tipped for a title challenge at the start of the campaign, and serial winner Antonio Conte is now patrolling the Spurs dugout, Arsenal’s fate is by no means secure yet.

But where will the battle for top four be won and lost? We’ve gone through the four sides’ remaining fixtures and noted their results in the reverse encounters to see if we can provide a greater insight on which team will finish highest in May.

After a three-game losing run to kick-start their Premier League campaign, it looked set to be another turbulent season for Arsenal as many called for Arteta’s head. Fast-forward a few months later, the Gunners are delivering consistently impressive performances and results we haven’t seen from them since Arsene Wenger’s hey-day.

Arteta’s side lost three of the reverse games to the teams they have left to face. If they repeated their results against these clubs again, Arsenal would accumulate 17 points from their final 10 matches which would leave them on 71 points.

That would represent a marked improvement from last season when the Gunners racked up just 61 points to miss out on Europe entirely.

But Arteta will be aiming for better than a 1.7 points per game average, and he should expect his troops to trump this despite tough assignments against the likes of Chelsea, United and Spurs being on the agenda in the coming weeks.

The Gunners have been remarkably consistent against sides below them in the table, but while performances – particularly against Man City and Liverpool in recent weeks – are improving, their results against their fellow ‘big six’ opponents have left something to be desired. Could it be their undoing? 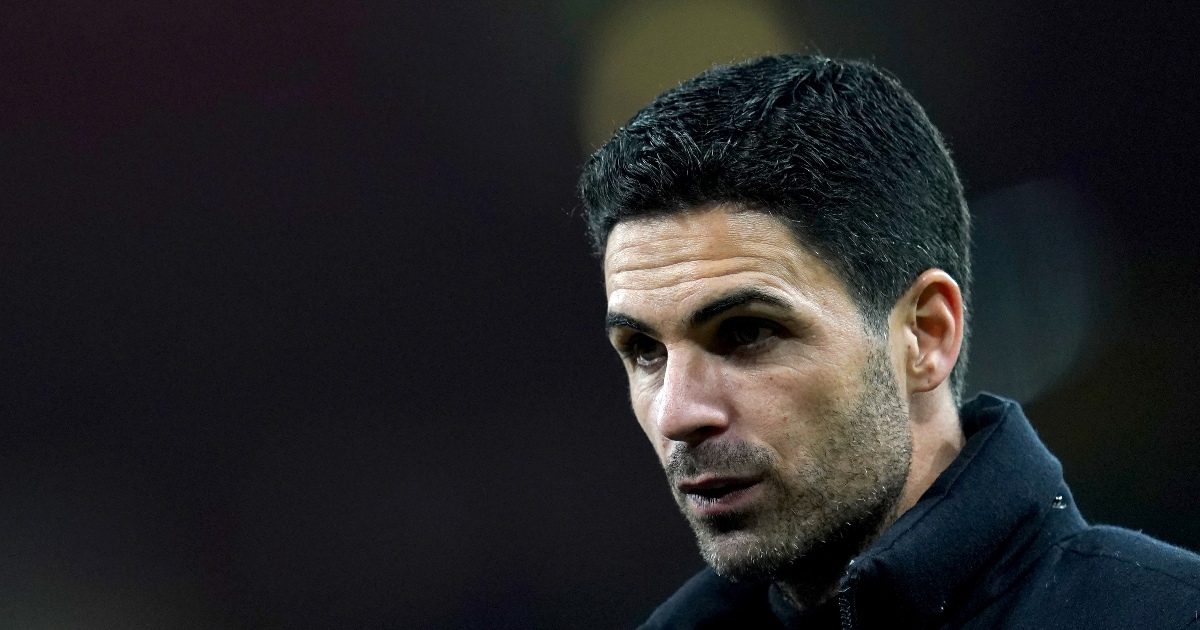 When Conte glances through the fixture list, he may secretly be confident of propelling his new side into the Champions League.

Notwithstanding the club’s tendency to ‘Spursy’ things up, barring a trip to Anfield to face Jurgen Klopp’s title-hunting Reds, you could argue Spurs will start all of their remaining fixtures as favourites.

If they repeated results from their previous meetings with these nine teams, they would pick up 19 points to leave them on 70 points.

That would mean they’d finish one point adrift of their north London rivals if everything played out as it did previously. But, let’s be honest, the chances of that happening are very slim.

The game against Arsenal looks like it could be a pivotal one. The date of the game is yet to be confirmed but Spurs having home advantage is potentially decisive. We saw that last season when Arsenal fell to a 2-0 defeat at the Tottenham Hotspur Stadium, though that was without fans!

United’s untimely exit from the Champions League at the last 16 stage against Atletico Madrid has made the importance of finishing fourth even more critical for interim manager Ralf Rangnick. It’s a club in turmoil, but we know with the world-class players at their disposal, they can easily pull a rabbit out of the hat.

The Red Devils will need to do so. They’re already four points behind Arsenal who also have the luxury of a game in hand – albeit against Spurs.

But if their results are anything like the ones they picked up against these clubs in the corresponding matches this term, United are going to be playing on Thursday nights very soon.

A trip to Anfield followed by a visit to the Emirates will be a vital week for Rangnick’s side in April. However, considering this season’s showings, you’d think it could get worse before it gets better at Old Trafford.

For the Hammers to still be in this conversation at this stage of the season is some achievement. But there’s no doubt their chances of a Champions League finish are fading by the week.

Winning every game and relying on others to falter is the only way they could realistically edge another underdog story into the annals of Premier League history.

If it happens, David Moyes will have a statue in place outside the London Stadium in double-quick time. With a Europa League quarter-final on the horizon with Lyon, the Irons’ priorities are surely beginning to change.

The further West Ham progress in the European competition, the more league points Moyes’ threadbare squad will likely drop. We saw this when Spurs dismantled the Hammers, fatigue a possible reason, following a heroic performance against Sevilla in east London.

The 8 sides in Europe to never have been relegated: Barca, Real Madrid…

Can you name every team to be relegated from the Premier League?