Chelsea remain in a state of financial flux following the end of Roman Abramovich’s time as owner – and they are currently set to lose some big-name players when their contracts expire this summer.

Following the UK government’s decision to sanction Abramovich in March, following his country’s invasion of Ukraine, Chelsea are currently unable to offer new contracts with their players, nor hold negotiations with their representatives.

While the club remain hopeful of a takeover in the coming weeks, new owners may arrive too late to prevent some of Chelsea’s most important players from leaving the club and strengthening their domestic and continental rivals.

We’ve identified the five men who are set to leave Stamford Bridge on a free transfer at the end of the 2021-22 season.

Given Chelsea’s recent defensive woes without Rudiger, it’d be unthinkable for the Blues to allow the centre-back to depart this summer – but that prospect is becoming more and more likely.

The Germany international is out of contract this summer and he’s attracted attention from Real Madrid, Barcelona, Manchester United and Bayern Munich.

The 29-year-old rejected two contract offers from Chelsea earlier this year and, with the sanctions from the UK government still in place, the club are unable to offer him another one.

Chelsea hope to complete a takeover in the coming weeks but The Athletic report that any successful bid will be too late to convince Rudiger to stay.

Their report, which states in no uncertain terms that Rudiger will leave, mentions that Real Madrid, Barcelona, Paris Saint Germain, Juventus, and Bayern Munich have all made contact with the centre-back’s representatives. Manchester United are also said to be keen.

One of those players that’s been at Chelsea for aeons, without looking like breaking into the first team, Musonda’s contract expires this summer – and Jose Mourinho is said to be keen to take him to Serie A.

The 25-year-old joined the Blues academy in 2012, when Roberto Di Matteo was in charge of the newly-crowned European champions.

But all seven of his first-team appearances – and solo goal – came in the 2017-18 season under Antonio Conte.

According to Goal, Mourinho wants to sign Musonda for his Roma side but they may face competition from Hellas Verona for his signature.

Wherever Musonda ends up, it’ll surely be an upgrade on endless loan spells and the draining injury problems he has faced during his time at Stamford Bridge. 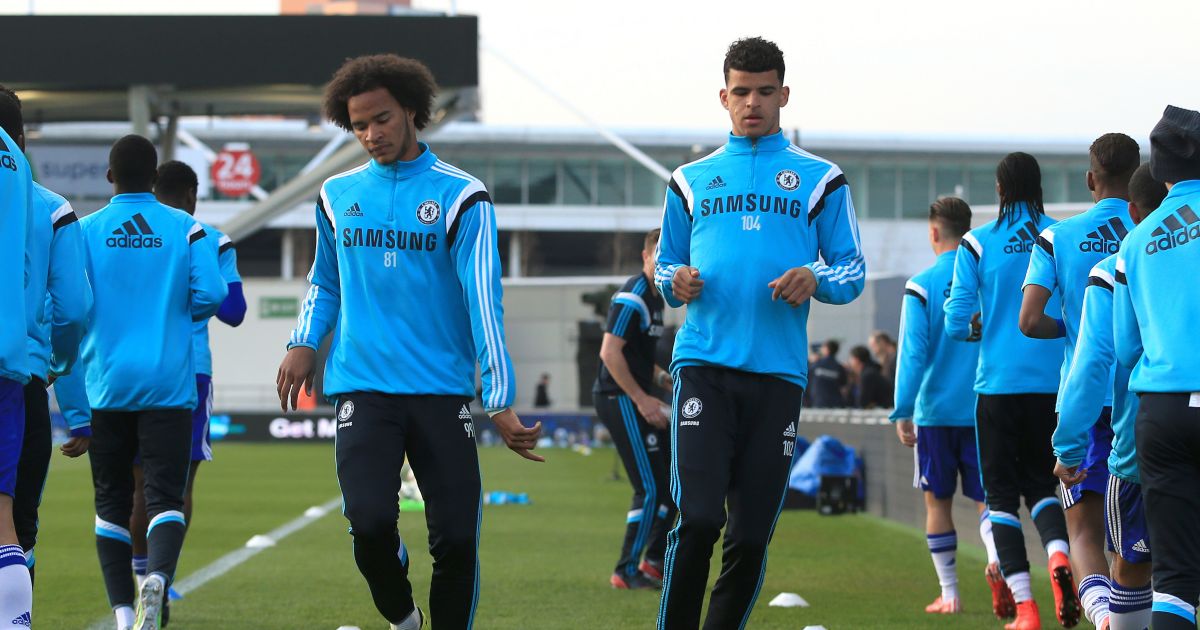 READ: The 3 Chelsea kids Mourinho tipped for stardom in 2014 & how they fared

Christensen’s move to Barcelona was confirmed at the end of March 2022 – well, almost.

Club president Joan Laporta confirmed Barca had signed two players, but would not name them.

“We’ve completed two signings for the next season,” he said.

Speaking to Catalan radio station Rac1, Laporta added: “One is a midfielder, the other one is a centre-back. But I’m not allowed to mention their names.”

The pair are widely expected to be AC Milan midfielder Franck Kessie and Christensen. The Chelsea defender has been a good servant for the Premier League side but there’s a feeling that a move would suit both club and player.

The title-winner at Leicester has hardly gone on to enjoy the same success as his former Foxes midfield partner N’Golo Kante.

A £35million signing, Drinkwater has himself described his Stamford Bridge career as “a shambles”. He’s made just 23 appearances for the club across his five-year contract, 22 of which came in his debut season, and will finally be off their books when his deal expires this summer.

The midfielder has got things back on track to a certain extent on loan at Reading in 2021-22, and you imagine that he’ll be looking to sign for them or another Championship-level club in the summer.

A familiar tale: Clarke-Salter is a Chelsea academy graduate that’s had more loan moves away than appearances for his boyhood club.

The 24-year-old defender has spent the 2021-22 campaign at Coventry City, following spells at Bristol Rovers, Sunderland, Vitesse (of course) and Birmingham City.

You imagine he’ll be looking to forge a more permanent home when his Chelsea contract expires in the coming months. Reports suggest that Coventry want to keep him.

Can you name every Chelsea player to score 20+ Premier League goals?

12 brilliant players Chelsea missed out on – & who they signed instead